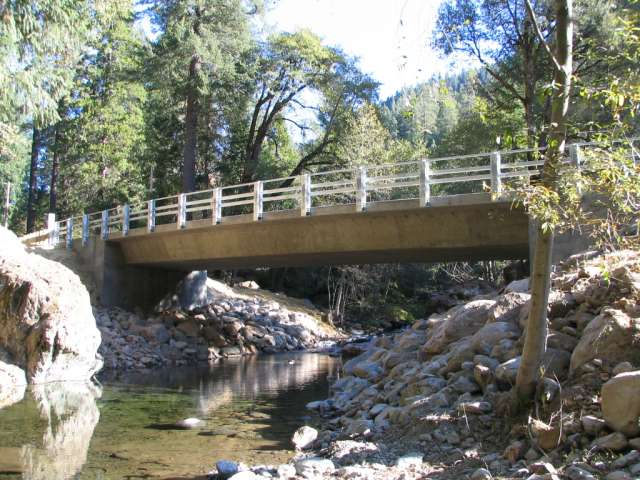 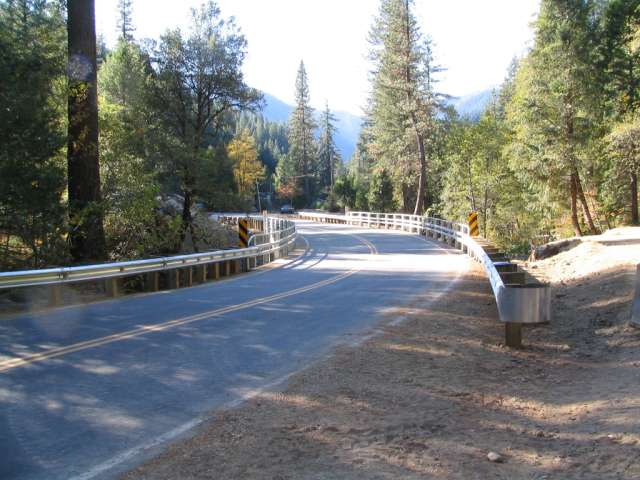 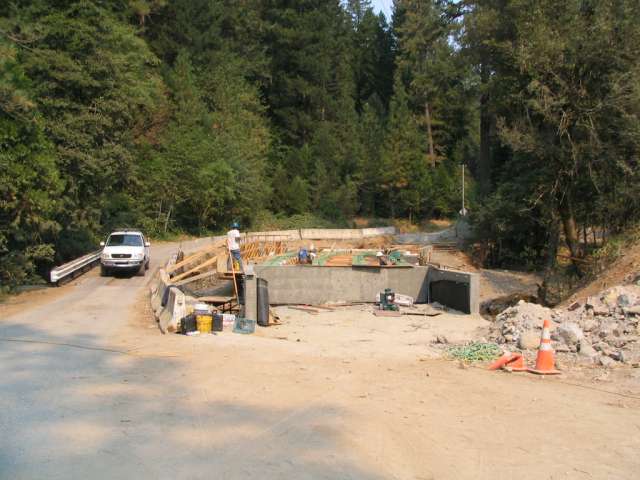 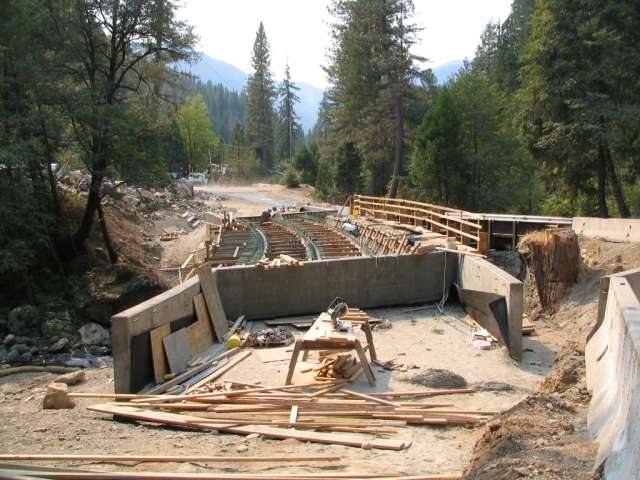 MGE assisted the County in obtaining HBP funding for the project, completed the preliminary engineering, coordinated the completion of environmental studies, organized community involvement activities, prepared permit applications, interfaced with the Forest Service and Caltrans, prepared the PS&E for the replacement of the bridge and new approach roadways, assembled the contract bid documents, and provided assistance to the County during advertisement and construction.

The original bridge, which was structurally deficient, was a single lane structure that served as the only access for residents and logging operations to the north of Highway 49. The replacement bridge consisted of a single-span cast-in-place reinforced concrete box girder structure constructed on a new horizontal alignment that allowed the existing bridge to remain in service during construction. In addition to the bridge replacement, the project included the construction of more than 550-feet of approach roadway.