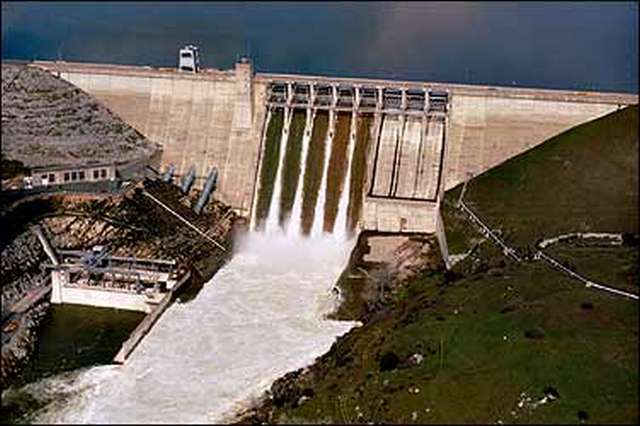 Under an IDIQ contract with the US Army Corps of Engineers Sacramento District, MGE provided preliminary engineering for temporary construction and permanent bulkhead systems for the proposed enlargement of the eight Folsom Dam river outlets.  As part of this task order, a Type Selection Alternatives Study was completed to determine the type of bulkheads, bulkhead guides, and construction methods to be addressed during the preliminary design; and a Design Documentation Report was prepared to serve as a summary of the design to be completed during the development of the plans and specifications.  Preliminary designs were completed for the temporary and permanent bulkheads.  In addition, MGE prepared an addendum to the Type Selection Alternatives Study to add a design concept for Box & Vault Type Bulkheads with Box Girder Edge Beams, and completed a feasibility study for a precast concrete bulkhead system that incorporated bellmouth intakes and works in conjunction with a new inspection bulkhead for construction of the upstream portions of conduits.

Under a subsequent task order, MGE completed the plans, specifications and cost estimating for precast concrete bellmouth inlet sections to be placed in recesses in the face of the dam for the upper conduits through the dam.  The inlet sections were designed to be placed underwater and grouted into place.  A steel bulkhead would then be placed to seal off the dam to allow for construction of the enlarged conduits through the dam.  MGE also developed an installation plans and sequences for placement of the precast bellmouth sections.