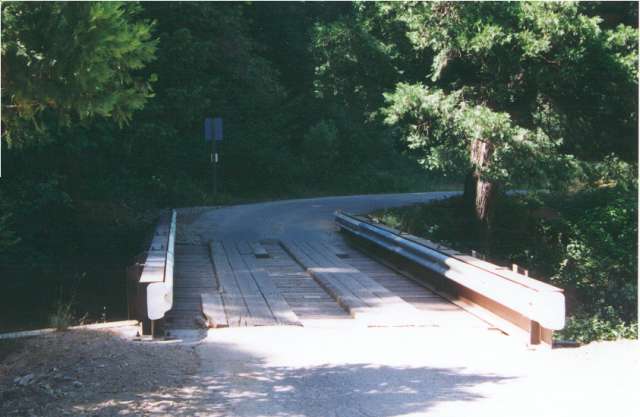 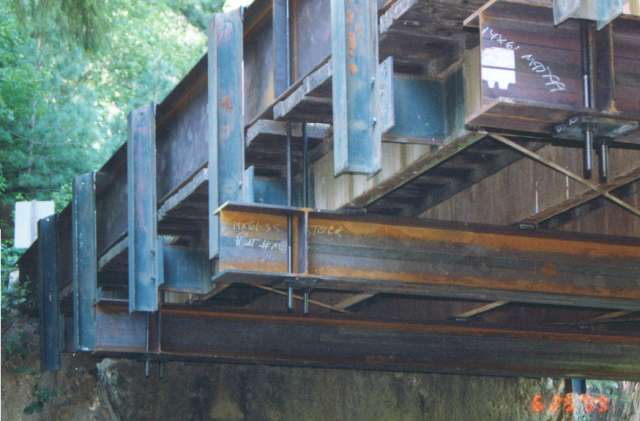 The Goodyears Creek Bridge was a single-lane, 40-foot-long structure which serves as the only access for residences and logging operations to the north of Highway 49 in Sierra County. MGE completed an analysis of the structural capacity of the existing bridge as the condition of the structure was such that emergency vehicles were unable to use the bridge due to safety concerns. The steel beams supporting the bridge were found to be 100% overloaded when evaluated considering legal loads. In addition, a portion of the north abutment seat had fallen away leaving less than two inches supporting the outside beam. As the bridge was planned for replacement under the Federal HBP program, MGE worked with the County to identify a cost effective repair approach that could be constructed by County road maintenance personnel to increase the load capacity until the replacement structure was constructed. The repair concept implemented had two large “I” girders spanning the structure and supporting cross beams suspended under the bridge. The County had the materials needed for the repair fabricated, and successfully constructed the temporary strengthening measures.