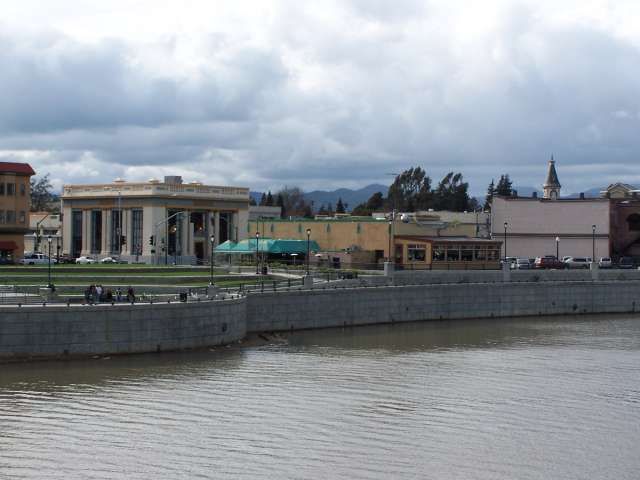 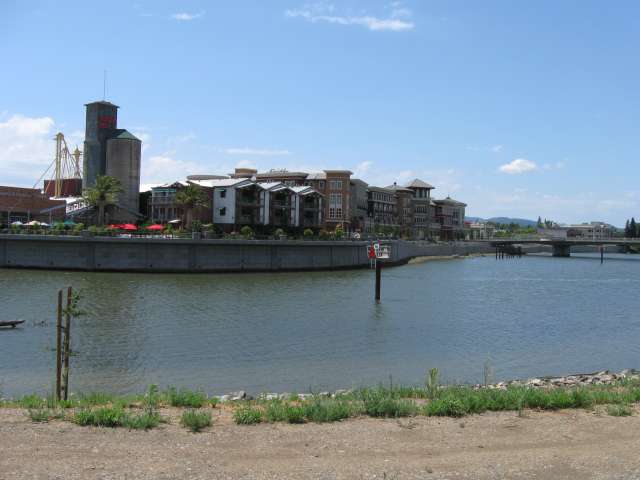 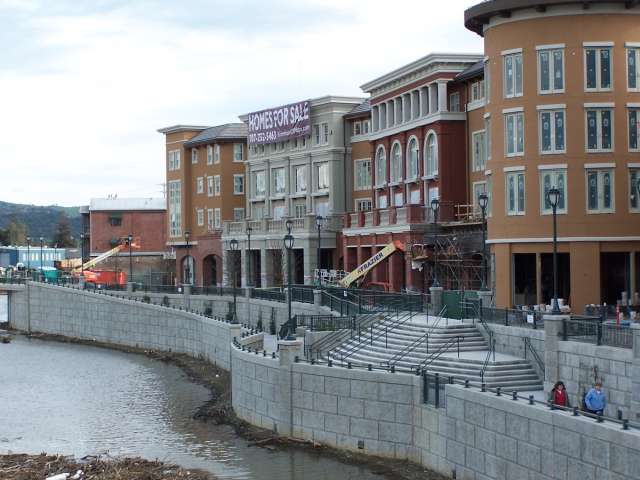 Under an IDIQ contract with the US Army Corps of Engineers Sacramento District, MGE completed the plans, specifications, and cost estimating for channel widening along the right bank of the Napa River. Project improvements included construction of a soldier pile retaining wall along the bottom edge of the river bank and an upper setback retaining/flood wall with a pedestrian recreation river walk between the two walls. This riverfront corridor includes stairs and ramps connecting the upper promenade level behind the setback wall to the lower level between the two walls. The project also included complete reconstruction of Veteran’s Park with new terraces, bandstand, lighting and landscaping, as well as pedestrian and vehicular access ramps and stairs. In addition to the flood control and environmental restoration/enhancement features, the promenade/trail features drainage, decorative hardscape features and linkage to both river amenities and a two-block long mixed-use commercial/residential development. Careful work and coordination among the project stakeholders enabled interleafed design and construction of improvements that enhance the Flood Protection Project, the privately funded Riverfront Development Project and the termination of City streets into pedestrian promenade plazas, thereby improving the execution of all projects into a coalesced public riverfront. Despite the scale of this project, the unprecedented level of cooperation and coordination among stakeholders, resource agencies, and the community coalition, this project has delivered the realization of the community vision, provided the required flood protection, recreational opportunity, redevelopment catalyst and environmental protection into the heart of this urban riverfront setting. The Project fit within the confines of existing development, enhancing the public/commercial interface as well as providing support and coordination for new development.